Since today is Black Friday, I figured I would drop some news in regards to “BLACK.”  I get asked all the time if we are going to do a second one and if so when and where?  To answer those questions, there will be a BLACK II but the date and location are still TBD.  Judging by the rapid pace of the Liberty VIP crew alone, the scene is only going to get bigger and better.  I hope to see 3x the amount of cars from all over the continent in attendance.

We look to make this an event rather than a typical car show, all for the love of the scene.  You definitely won’t want to miss this event.  Let the modding continue and see you guys next year.  Stay tuned for details.

P.S. Go to newstands today to pick up the January issue of Import Tuner magazine.  “Black” coverage is featured in page 14

I just discovered that event coverage for “BLACK” was featured in the January 2011 issue of Import Tuner.  I have to give a huge shout out to Somya Siva and Brian Chin for the coverage.  Also a sincere thank you to every single person who was in attendance.  Lets congratulate the Liberty VIP members who were featured in the article.  All of our original BAUWSS’ got love in the pics,  Philly, Chris, Tommi and Rodney.  I wouldn’t want it any other way. 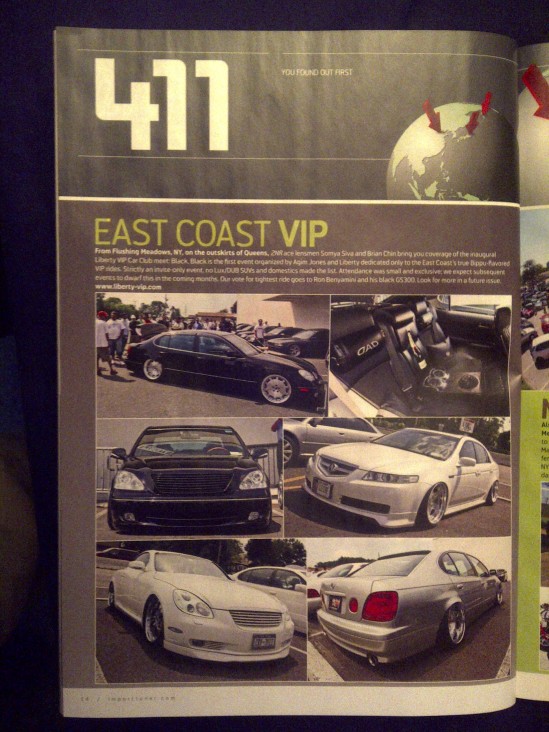 Without the crew showing up with their sick cars, it couldn’t have happened.  Expect BLACK II to be even better.  News on the date and location will be coming before the New Years.

These are the last video’s of the event to come out.  I have to thank all the guys who participated because I know it is not easy to be in front of a camera.  Big shout out to G-Squad once again for supporting.

The first video includes a couple of our guys and one of our friends from Neloc.

The second video is of G-Squad.  Their interviews were done early in the event when they were still in the other lot.  We would later move everyone in the same lot.

Once again, I have to thank everyone for coming out.  Next years show will be in a new location on a different date.  Be on the look out.  We promise to give you guys the best show that we can.  See you there.

The first part of the B L A C K video is done.  It came out great.  Check it out

PhreshProductions was kind enough to record the event.  This isn’t the official video for BLACK but that’s not to say the video didn’t come out official.  Check it out

Be on the look out for the official video with interviews and behind the scenes action of the event. 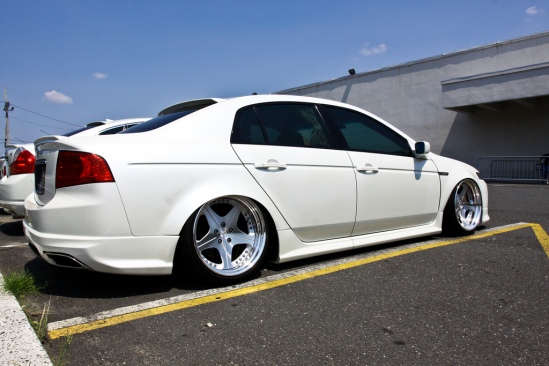 END_OF_DOCUMENT_TOKEN_TO_BE_REPLACED

Here are some more pics for you guys.